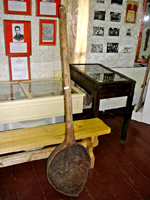 The meaning of the word “philology” is “love for word”. This is love that unites teachers and researchers of modern and Classical languages and literature, interpreters and diplomats, journalists and publishers, writers and poets.

Nowadays the Faculty of Philology is the leading institution of higher education training philologists in Russia. Our courses in various philological disciplines, our manuals, textbooks and study guides have been used both in Russia and abroad.

We train linguists, interpreters/translators, and literary critics who have a good command of several modern languages together with classical and some ancient languages (Latin, Greek, Old Slavonic, Sanskrit, Gothic). Their computer skills allow them to use all types of word processors and means of computer-aided translation. Our graduates have thorough knowledge of Russian, European and American literature, Russian and European cultures. Their profound knowledge of philology and other Liberal Arts allows them to continue their education at post-graduate school or to master new professional skills in some related areas.

Our graduates are highly demanded in various spheres of scholarly research and education, in the mass media, in civil service at the Ministry of Foreign Affairs, in archives, libraries, museums, in travel agencies, as well as Russian and international companies.

Thanks to our well-established international ties, classes in all 25 modern languages taught at the Faculty are given by lecturers who are native speakers of these languages. Every year over 200 Faculty academics, post-graduate and undergraduate students take part in academic exchange programs, our undergraduates having internships at universities abroad.

The faculty includes 20 Departments, a few laboratories and research centers. Among 350 members of our academic staff we count over 100 Doctors of Philology, 240 Candidates of Philology, members of Russian and foreign academies.

Our core curriculum within all the divisions includes courses of Russian and European languages and literature, courses of Linguistics and Theory of Literature for students to familiarize themselves with various schools and trends of Russian and foreign philology.

The core curriculum also includes a number of Liberal Arts courses (Philosophy, History, Psychology, Pedagogy), as well as courses of basic mathematics and computer studies, and optional courses of science and the Humanities.

The Department of Theory of Literature teaches literature as a type of art, focusing on the genesis, structure, classification, and functioning of literary works, on stylistics and versification, as well as on the methodology of literary criticism, a number of major courses being offered in these specialist areas.

The Department of the Russian Language offers major courses in the history of Russian and in the literature of Ancient Rus, in Russian dialects, stage speech, poetry, the language of the mass media.

The Department of Russian Literature of XX century offers courses in Russian literature (from 1890s to the present), including works of Russian emigrants abroad and non–Russian writers in Russia proper.

The Department of Russian Folk Art trains specialists in folklore.

The core curriculum includes at least two foreign languages; a two-year theoretical course of the major foreign language (its history and dialects) is underpinned by practical language classes. Besides, Latin, Gothic, ancient languages, the comparative grammar of Romance or Germanic languages, the history of European from ancient to modern times, the history of Russian literature of XI – XX centuries, modern Russian are among compulsory subjects. Graduates are awarded Specialist’s degree in Philology and qualification “Instructor in English (or/ French/ German etc.) and European Literature”.

The departments within the Division of Romance and Germanic Philology offer a number of major courses for students to choose from. 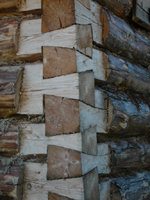 The Department of the History of Foreign Literature trains specialists in European, American, Australian literature.

The Departments of English, French, German Linguistics teach theoretical and practical courses of these languages.

The Division of Translation Studies trains professional translators and interpreters with a command of two foreign languages (English being major), majoring in translation or interpreting. The curriculum of the Division is similar to the one at the Division of Romance and Germanic Philology added with theoretical and practical courses of interpreting and translation(including computer-aided translation), cultural studies, etc.

The curriculum of the Division of Classical Philology covers courses in the cultural heritage of the Ancient World civilizations – Hellenic and Latin – from XV-XI B.C. to V-VI A.D. Knowledge of material culture, art, history, geography of Ancient World is an essential part of philological education. Courses within the curriculum focus on various aspects of classical languages and culture, seeing through the eyes of the contemporaries, medieval scholars, modern and the latest researchers. The Ancient World is also studied from the point of view of linguistics, philosophy, anthropology, etc. German and Italian languages are the core subjects.

The Division of Byzantine and Modern Greek Philology teaches the language, literature and culture of Byzantine Empire that formed after the split of the Roman Empire; the curriculum includes the Greek language and literature from the time of the Fall of Constantinople (1453) to the present.

Students study modern European languages, Latin, Old Slavonic, as well as Japanese, Chinese and Basque, taught exclusively within the division. A special emphasis is put on computer programming for students to work in Internet design and programming for translation, to compile e-dictionaries.

Practical classes on major disciplines integrate knowledge and skills essential in the field of PR. Our courses are taught by MSU academics as well as by experts in the field: heads of PR and marketing companies, journalists.

The Division of Forensic Linguistics trains specialists for forensic centers and phonoscope laboratories of law-enforcing organizations and courts. The curriculum includes courses in methods and techniques of phonoscopic analysis and state-of-the-art technologies.

The core curriculum, nevertheless, consists of traditional linguistic courses complemented with area-specific courses of applied linguistics. Students are taught three foreign languages: a major one ( English, French, or German), and two minor ones chosen among the Turkic and the Finno-Ugric languages.

The curriculum of The Division of Philological Research for the Mass Media aims at developing professional skills in the sphere of the mass media. The focus is on the language of the printed media, radio, television, cinema, advertising and Internet.

The curriculum includes the analysis of language of the mass media in terms of linguistics, psychology, rhetoric, hermeneutics, pragmatics, sociology, culturology. The courses focus on the Russian literary language and variation of the standard in the media; foreign languages in the mass media; special skills: editing, annotating, translation of mass media texts, the mass media and Internet application for language teaching, advertising , etc..

The program is unique, as specialists from the Faculty of Philology, Journalism, Psychology, Philosophy, and professors from the Russian State Institute of Cinematography demonstrate interdisciplinary analysis of mass media language during their lectures and seminars. Our students acquire their practical skills during their internships at the editorial department of the faculty, working for newspapers, radio and television companies, PR agencies, etc.

We offer a number of additional Minor programs in various areas: Russian as a Foreign Language, translation/ interpretation, foreign language teaching for university and secondary/high school, comparative Indo-European linguistics, comparative literature, computer processing of language data, philological research for journalism, for publishing, for PR and advertising, etc. The number of additional Minors is constantly growing; for some extra payment students are also able to study those foreign languages that are not covered by the curriculum.