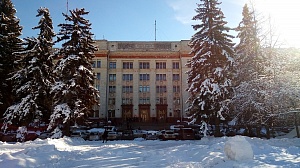 Physics first arose as a science that describes Laws of Nature using precise mathematical methods. Physical laws govern all our beautiful planet, all nature, both animate and inanimate, as well as the Solar system and the entire Universe. That is why physics has played an enormous role in the development of human civilization. Everything people use today, such as electricity, X-ray methods, radioactivity, aircraft, lasers, computers, mobile phones, quantum technologies, etc. is has something to do with discoveries made by physicists. Methods of physics research play a significant role in all natural and engineering sciences.

Physicists study Laws of Nature, the only right and genuine ones, as they are determined by Nature itself. Knowledge of Laws of Nature is important not only for physicists, it is indispensable for researchers in all fields, including the Humanities, Economics and Social Sciences.

Gifted young people who decide to devote themselves to studying Laws of Nature, governing everything from the smallest subatomic particles to giant spiral galaxies lost in the depths of the Universe, will come across a lot of interesting and unsolved scientific riddles. The years spent at the Faculty will become the best years of their lives, and after graduation they will join a fascinating community of physicists. 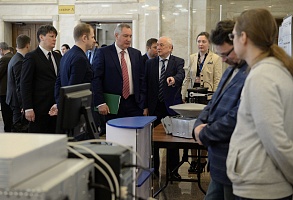 A Glimpse Back to the History

Physics has been taught at Moscow University since 1755 when the Department of Experimental and Theoretical Physics was opened at the first Russian university.

The cornerstone of modern physics was laid, among others, by Moscow University professors: Alexander G. Stoletov who discovered the laws of photoelectric effect; Nikolay A. Umov who was the first to deduce the equation of motion for energy; Pyotr N. Lebedev who experimentally proved the existence of radiation pressure on solid bodies and gases. These scientists were recognized internationally, they founded the well-known Moscow University school of physics. The Faculty of Physics has always seen outstanding scientists working for it: Sergei I. Vavilov, Anatoly A. Vlasov, Rem V. Khokhlov, Nikolay N. Bogolyubov, Andrei N. Tikhonov, Leonid V. Keldysh, Vladimir A. Magnitsky, Georgy T. Zatsepin, Anatoly A. Logunov, Alexei R. Khokhlov, Vladimir G. Kadyshevsky, Andrei A. Slavnov, Victor P. Maslov.

Since 1933 the Faculty has trained over 28, 000 physicists and has awarded over 4,000 Candidate’s and 500 Doctor’s degrees. A third of the members of the Russian Academy of Sciences, experts in Physics, Geophysics, and Astronomy, are our graduates.

35 professors of the Faculty have become Honored Scientists of Russia. 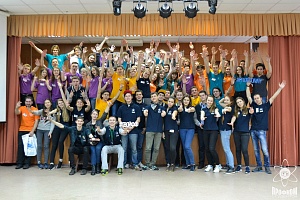 The curriculum includes the core disciplines such as General Physics, Studies in Advanced Mathematics, Computer-Aided Physics, Theoretical Physics, the Liberal Arts subjects, foreign languages, etc. studied in the first five semesters. In their 4th semester our undergraduates choose their major area and continue their education at their respective departments. In addition to the core subjects, they study over 600 special disciplines in their senior years. 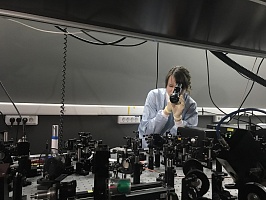 At the Astronomy Department students start their special disciplines as early as their first year. We pay a lot of attention to students’ gaining practical experience in workshops and specialized laboratories, as well as during their internships, work and field placements. 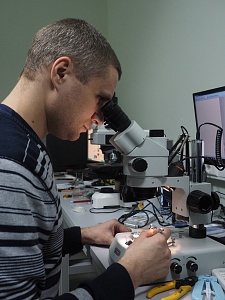 The presence of young researchers, students and post-graduates, in a team is a competitive advantage of the Faculty.

With our international links with universities in Europe, America, and Japan, a senior students may participate in internship programs and write their graduation papers at universities, research centers, and institutes abroad.

An old University tradition is very democratic relationships between professors and students which is true of the Faculty of Physics as well. Numerous issues concerning students’ life are addressed by students themselves through self-governing organizations.

Our graduates have no problems finding a job in Russia or abroad. For them the doors are open to the most prestigious laboratories and research centers. The graduates also work successfully in other fields: economics, finance, business, management, etc.
Закрыть