Faculty of Computational Mathematics and Cybernetics 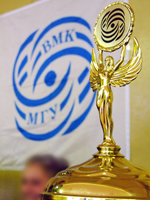 Founded in 1970, the Faculty owes its existence to one of the most prominent Russian scientists, Acad. Andrey N. Tikhonov, whose efforts were supported by Acad.M.V. Keldysh, the then President of the Academy of Sciences. Together with Acad. Tikhonov as the dean, the original academic staff of the Faculty contributed substantially to its development and growth, among them Acad. L.S. Pontryagin, Correspondent Members of the Academy of Sciences of the USSR L.N. Bolshev and S.V. Yablonsky and Professors I.S. Berezin and Y.B. Germeyer. The applied mathematics and information theory schools, leaders in the field in Russia, have been founded by the faculty academics working on the theory of boundary-value problems, mathematical physics and spectral theory of differential equations, nonlinear dynamic systems and control processes,computational methods and mathematical modeling, game theory and operations research, optimal control theory and systems analysis,mathematical cybernetics and logic, probability theory and mathematical statistics,applied programming and programming theory, computer systems and networks architecture.

The Faculty of Computational Mathematics and Cybernetics offers a number of full-time undergraduate programs.

On the Bachelor’s Degree program in Applied Mathematics and Information Theory we train highly qualified programmers and analysts capable of systematic approach to solving problems in the modern economic and political situation, using modern technologies in related fields of knowledge and creating integrated systems for information and mathematical support of economy, finance and administration.

On the Bachelor’s Degree program in Information Technologies we train IT-professionals for areas that require fundamental knowledge to create and use new IT systems, products and services, to develop and apply mathematical modeling of processes and objects, modern mathematical methods and information technologies in science, technology, economy, finance, administration and project design.

The curricula also include an obligatory course of the English language and a number of the Liberal Arts courses.

A considerable amount of time is devoted to work on computers, including workstations and PCs, students mastering several operation systems and at least three programming languages.

While in the first two years the main stress is on the basic training in mathematics and theoretical and applied programming, in their third year students are to specialize in a major area, attending special seminars at the department they choose and working under the guidance of a research adviser.

Our students are involved in research work which goes hand in hand with their studies and is carried out at the Faculty or at the affiliated academic institutes and laboratories, such as the laboratories of Mathematics of Physics, Heat and Mass Transfer Modelling, Statistical Modelling, Computational Electrodynamics, Mathematical Modelling in Physics, Difference Methods, Statistical Analysis, Computer Hardware and Software, Computer Systems Laboratory for Scientific Research and Interactive Systems Development, SUN Microsystems for Education and Scientific Research, Information Security, Computer graphics and multimedia. 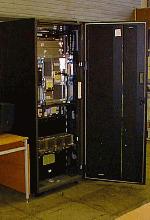 We have a few classrooms with Intel-based PCs with multimedia equipment and specialized software, a few classrooms equipped with UNIX workstations, connected into a local area network with fiber optic Internet access. There are graphic workstations, including high performance cluster Apollo-9000, and multiprocessor supercomputer IBM R690.

The Faculty has exchange programs with many foreign universities and some businesses. We have close ties with large IT companies, such as Intel, Microsoft, IBM, Hewlett-Packard, Sun, Cisco, SAP, Samsung, Russian companies Luksoft, Redlab, I-T, Garant, Consultant-Plus, Dialogue-Science, IBS, DMV-Group and many others. There are Intel and Microsoft students’ laboratories operating at the faculty and the regional academy CISCO. The Faculty takes part in Microsoft IT-Academy program.

Our graduates’ profound theoretical knowledge and their experience in research work under the guidance of our professors and researchers give our graduates excellent employment opportunities.

The Faculty graduates are highly sought after by various companies and institutions where IT technologies are used, including RAS research institutions, institutions of higher education, state and governmental organizations, banks, insurance companies , finance and consulting companies, various Russian and foreign businesses, etc. About a third of the graduates go on to continue their studies at the post-graduate school.