On 24 and 25 June 2019 a delegation of young scientists from Peking University visited Lomonosov Moscow State University. The guests, together with representatives of MSU talented youth, were able to take part in a round table, during which a fruitful exchange of practices in the organization of research, cultural and educational activities of students, graduate students and young scientists took place.

Moscow State University was represented by Vice-Rector, Head of International Cooperation Department Yuri A. Mazei, Head of the Artificial intelligence mathematical problems laboratory Gregory V. Bokov, co-chairman of the MSU Student Union Ekaterina I. Zimakova and the winner of the Science and Technology Contest Science XXI Roy Nygaard. They presented the history of youth work organization, and also told about modern innovative approaches used at the University to work with talented young. 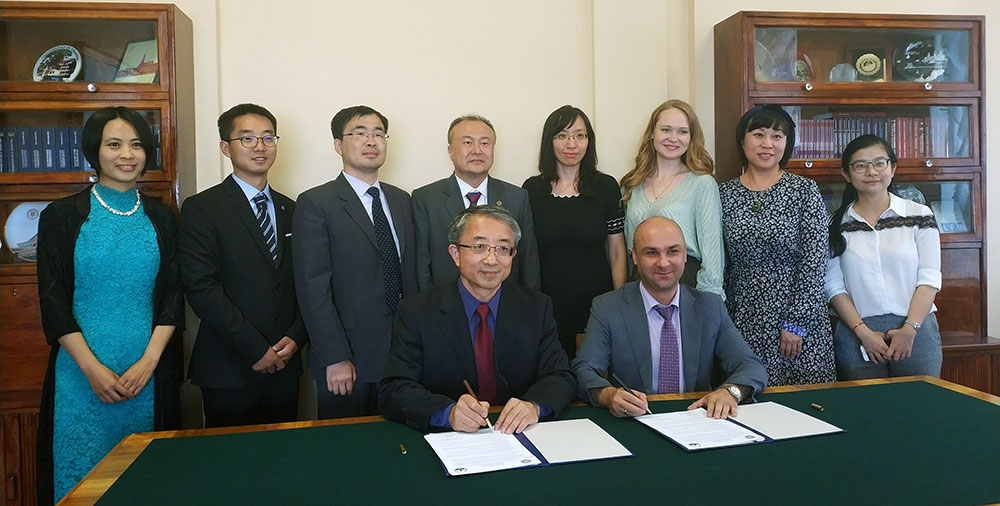 Following the visit, the delegation signed a protocol on cooperation between students, graduate students and young scientists of Moscow and Peking Universities. The parties agreed to actively cooperate in various directions of youth cooperation: academic, scientific, cultural, sports and international within the framework of the Association of Classical Universities of the People’s Republic of China and the Russian Federation.

Chinese guests were also able to enjoy an extensive cultural program, which included a sightseeing tour of the MSU territory, acquaintance with public and scientific activities of student and youth organizations.